Psychology vs psychiatry ... and prescription drugs 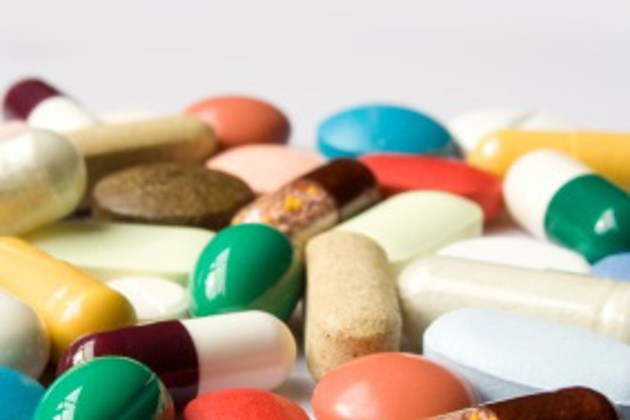 Psychologists have always differed from psychiatrists in their attitudes to the use of prescription drugs. One study suggests that even as students, psychologists are more likely to regard psychiatric prescriptions as harmful and over-used.

Despite those reservations, however, psychologists have largely avoided public criticism of their medical colleagues' growing tendency to prescribe drugs to patients suffering from mental distress.

That made this week's statement from the British Psychological Society's Division of Clinical Psychology (DCP), which  publicly cast doubt on the very foundations of the biomedical model of mental illness, somehow more emphatic.

The statement was a response to the publication of the fifth edition of the American Psychiatry Association's Diagnostic and Statistical Manual of Mental Disorders, known as DSM-5.

Dr Lucy Johnstone, a consultant clinical psychologist who helped draw up the DCP's statement, told The Observer newspaper that it was unhelpful to see mental health issues [as DSM-5 would have it] as illnesses with biological causes.

"On the contrary, there is now overwhelming evidence that people break down as a result of a complex mix of social and psychological circumstances – bereavement and loss, poverty and discrimination, trauma and abuse," Johnstone said.

We can understand why the newspaper described the statement as "provocative" - although the US-based Society for Humanistic Psychology had earlier called  on the DSM-5 Task Force and the American Psychiatric Association for an independent external review of controversial elements and more than a year ago New Scientist reported on ties between members of the task force and the drug industry.

Nevertheless, while the factors involved in mental health problems are indeed vastly more complex than the biomedical model would have us believe, and even given that there is a good deal of evidence outlined in research by the Cochrane Collaboration that only one in seven people benefits from anti-depressants, it does seem to be quite a leap to declare that drugs have no place at all in the treatment of more severe psychological conditions.

There are, however, some valid issues raised by the DCP and other critics of DSM-5.

Many see it as the cause of diagnostic inflation and the medicalisation of normal behaviour. Some claim it is the source of misdiagnosis and the prescription of a large number of unnecessary drugs.

In the US, the National Institute of Mental Health, which funds mental health research, joined the ranks of the critics, effectively declaring the DSM lacked validity. It announced that future research would "transform diagnosis by incorporating genetics, imaging, cognitive science, and other levels of information to lay the foundation for a new classification system".

Even some psychiatrists are increasingly uneasy about what they see as psychiatry's monopoly on defining mental illness. They include Professor Patrick Landman, whose response indicates the view of European psychiatrists who are calling for a DSM-5 boycott, and the highly influential American academic Dr Allen Frances, who led the task force that produced its predecessor, DSM-4,

Dr Frances was once described by the New York Times as "the most powerful psychiatrist in America", and his criticisms of the manual's latest update have driven much of the commentary in the mass media.

In an op-ed column in the New York Times, Dr Frances advocated a new structure that would allow all mental-health disciplines, including psychologists, counsellors, social workers and nurses, to have a say in an area long claimed by psychiatry as its exclusive preserve.

That seems an eminently sensible suggestion, very much in line with the open letter sent to the American Psychiatric Association and the DSM-5 Task Force by more than 14,000 individuals and 50 professional organisations, including 16 divisions of the American Psychological Association.

In another article in Mother Jones, Dr Frances  went further, blaming the decline in the DSM on academic researchers "being given too much freedom to expand their pet diagnoses and areas of interest".

Dr Frances, like very many psychologists, is rightly concerned about a situation where 11 per cent of the American population ( and a staggering 23 per cent in the female 40-to-50 group) takes anti-depressants - despite the risk of potentially dangerous side-effects.

In the US, 20 per cent of teenage boys have been diagnosed with Attention Deficit Disorder, and half of them are on medication. For all US children, The Economist - which describes DSM-5 as "a flawed attempt to categorise mental illness - says more than 10 per cent of all US children have been diagnosed with the condition using the DSM's definition, and two thirds of those are taking psychiatric drugs.

The situation is even worse in Australia, where GPs write 85 per cent of prescriptions for psychiatric medicines.

The irony is that much of the original impetus for the DSM sprang from the promise it seemed to offer health insurance organisations and government to contain the costs of mental health care. In practice, however, it seems to be accelerating costs, to say nothing of the economic burden associated with the side effects of drugs.

Widening the debate on defining mental health conditions would certainly be a positive step. And a thorough review of the prescribing of psychotropic drugs is long overdue.

The president of the American Psychiatric Society has suggested that the opposition to the DSM-5 constitutes an attack on psychiatry, sparking a cogent rebuttal from Professor Landman.

It would be regrettable if this controversy did undermine public confidence in the practice of psychiatry, to the detriment of many thousands of patients who benefit from the dedicated work of highly skilled practitioners.

Perhaps the most valuable advice Dr Frances has for the public is that it must become better informed about the options for the treatment of mental health conditions. "Nobody should lose faith in psychiatric treatment, because it's been shown to be very effective for the people who need it," he said.

"If you're a patient, you should know a lot and ask lots of questions and make sure you get sensible answers. No one should ever accept a diagnosis or a medication after a seven-minute session."

It's harder to accept his proposition that it is "better to watch and wait until the problem is really severe", however. Early intervention is important in many conditions, and there is ample evidence that treatment without drugs is highly effective - whether it is delivered by psychiatrists or psychologists.

The other disturbing thought the DSM controversy raises is that in Australia it's possibly more difficult for the patient to stay informed.

Local media coverage of this issue, for instance, has been scanty, aside from some coverage in February of criticisms by Professor Dale Larson, a visitor from California's Santa Clara University, and some excellent reporting around the same time by the Sydney Morning Herald's health editor, Amy Corderoy,

While Corderoy has followed up with an article that suggests the DSM-5 could have an impact on workplace mental health claims (countered by Professor Nick Glozier in Croakey), coverage in the university-backed The Conversation - which describes itself as "an independent source of news and views, sourced from the academic and research community and delivered direct to the public"- is conspicuous for the fact that it includes no less than three articles from supportive psychiatrists.

It does not seem to be aware of the European concerns, although Dr Frances does get his say, arguing that thanks to the DSM-5, pretty soon all of us are likely to be labelled as "mad".

Update: The ABC has come out with a good online summary of the DSM-5 issue with some local comments.