Do your homework on home work 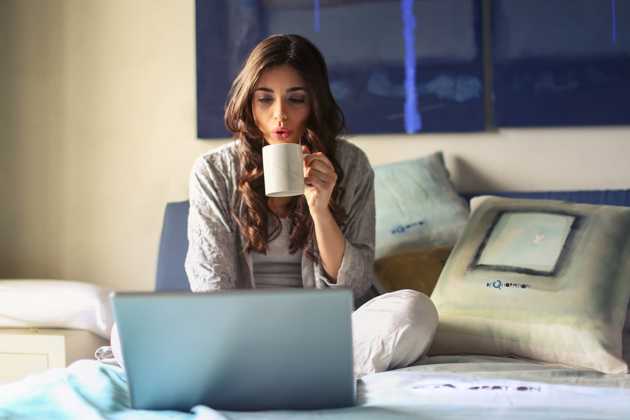 Managed to catch some  of an interesting piece on ABC Radio National's Life Matters yesterday on working from home, in which Bond University's Dr Libby Sander discussed the impact of working from home.

Depending on aspects of your personality - whether you're disciplined or have an irresistible craving for (a) Netflix or (b) the contents of your refrigerator for instance - or perhaps whether you're a raging extrovert or a shy introvert - the program suggests that it could be just what you need or a disaster.

As Life Matters puts it in its heading, working from home could" ruin your sleep and stifle your career", given that some bosses automatically assume that if you're not staked to your desk in her/his direct line of sight, you must be slacking off and some friends or neighbours constantly drop in, assuming that if you're at home, you must be ready for some socialising. Some of the listener feedback was fascinating. One, for instance, reported that she had to stick a notice on her front door proclaiming that she did NOT want company.

While increasingly employers seem to be more relaxed about their employees spending at least some of their week working from home, among other more enlightened practices, many of us long for such delights as spending an entire day in our pyjamas, or regularly popping out to our favourite coffee shop with the laptop to work on a client's brief or dash off a chapter or two of the Great Australian Novel, to the point where we are prepared to cut ourselves adrift from the regular pay cheque and become a freelancer/author-in-waiting.

At Psychology Melbourne, we're sometimes called on to help people cope with the unexpected consequences of that type of work life. As an article in The Guardian pointed out a year or so ago, working from home can lead to, or seriously escalate, depression. Desultory income, social isolation, a lack of helpful feedback can take a toll on one's mental health, and it's important to recognise and counter them.

Establishing a routine and sticking to it can be very important. As the Life Matters program reported, singer/songwriter Nick Cave gets up every morning, puts on a suit and reports to his "office" in an adjoining flat. Several professional writers - including Roald Dahl - did the same. Cave, by the way, has also helped deal with the tragic death of one of his twin sons by maintaining an open conversation with his fans on his Red Right Hand website, and this month established a public rapprochement with his home town, Wangaratta.

As British freelancer Thea De Gallier mentions in the Guardian article above, it's important to examine closely your work (or non-work) habits. On the one hand you can procrastinate by spending too much time looking at Twitter feeds and Facebook. On the other, you can fail to take adequate breaks from work.

De Gallier limits her online procrastination to 20 minutes (hopefully once a day) and has stopped constantly re-visiting her email Inbox while waiting for an important email. She also advocates joining an online support group, or [ahem] traditional psychology.

Another Guardian journalist, Anne Cassidy, also comes up with some good ideas for dealing with "the solitude of self-employment" in the publication's small business network.

Loneliness is a pernicious fact of life for people working from home. It can often lead to depression and even physical ailments, including heart disease.

Dr Rebecca Nowland, a senior lecturer in psychology at Bolton University, warns that if that's your environment, you need to make socialising a priority. So-called "networking groups" might not be the answer, because too often they are just seen as opportunities to pass around business cards. Instead, MeetUp Melbourne could be worth investigating.