Crossword clue to a younger brain 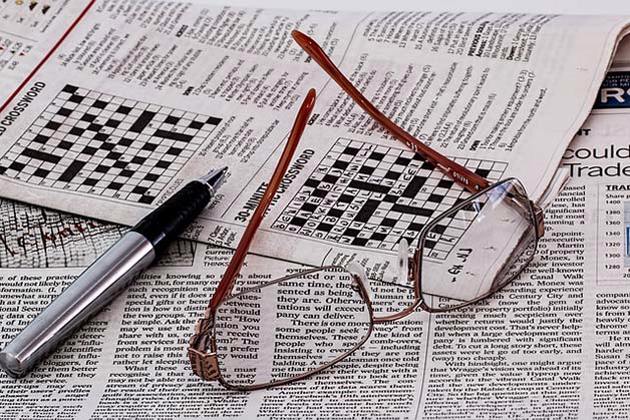 Here at Psychology Melbourne, we're constantly on the look-out for research that can assist our clients. But we have to be honest, some of our favourite discoveries involve research that we can use to justify some of our passions or habits ... the studies that seemed to suggest that red wine was good for you in moderation, for instance, or the more recent one that pointed out the health benefits of a couple of cups of coffee every day.

We're particularly delighted today with a study by cognitive neuroscientists at Exeter University outlining the effects on the brain of regularly completing crosswords. It turns out that people who routinely spend those stolen minutes filling in those little boxes display better brain performance in tasks involving attention, reasoning and memory.

The researchers, working in the field of brain inhibitions such as Alzheimer's, calculate that the brain function of people who regularly engage in word puzzles is equivalent to that of people 10 years younger when it comes to tests of grammatical reasoning speed and short-term memory accuracy.

The researchers didn't specifically look at cryptic crosswords, but we're prepared to bet that if your particular addiction involves those much more demanding brain-tweakers, your grey matter is probably even more athletic.

While the study's authors suggest that they will have to conduct further research to establish that crossword puzzles improve brain performance, we've decided to devote more time to figuring out the cryptics in The Age and The Saturday Paper.