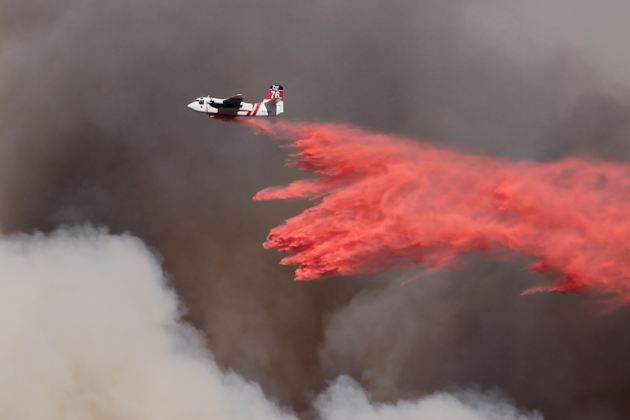 Having lived for many years with a young family in isolated bushland on the NSW South Coast near Cobargo, and with members of my family still living around Bermagui and Eden, even now at a distance from the events I've been deeply affected by the ongoing bushfire emergency.

Several friends and acquaintances have lost their homes in this most recent disaster and the television footage brings back memories of Ash Wednesday, 36 years ago, when my late father lost his historic home at Mount Macedon. He was forced to take to a large dam on the property to shelter from the inferno and despite his natural resilience and a life-long determination to get on with things, I'm not sure he ever fully adjusted to the loss.

With the promise of experts that events like these will become more common and even more horrific with the unrelenting progress of climate change, very few Australians will be insulated from the psychological consequences, including Post Traumatic Stress Disorder. Even those who have not experienced actual loss are likely to suffer symptoms of depression and possibly emotional trauma of varying degrees.

The Australian Psychological Society has just posted some helpful downloadable resources on psychological preparation and recovery from bushfires.

While I watched actor Russell Crowe's video of the equipment he has installed to help him protect his property - water tanker, respirators etc. - I couldn't help but wonder how often people make the most thorough physical preparations for events such as these, but overlook the need to be mentally prepared as well. As the APS points out, "being able to manage your emotions in an emergency (that is, being psychologically prepared), can save your life and potentially the lives of others". Among its material is information on the three-step process involved in anticipating reactions under stress, and identifying and managing feeling and emotional responses including breathing management and helpful self-talk.

Children are particularly vulnerable during emergencies, and psychologists have identified the importance of adults being able to anticipate and monitor their reactions and to calm and reassure them. For those who experience these events, adults can use the APS materials to help them recover from any emotional trauma, encouraging them to express their feelings for instance, and managing exposure to media which can retraumatise them.

Meaghan O'Donnell, a researcher at the University of Melbourne's Phoenix Australia Centre of Post-traumatic Mental Health, wrote a helpful article in today's edition of The Age with helpful tips for supporting friends and family who are dealing with distress resulting from their experiences. That centre also has booklets and fact sheets which could be useful.

The image by Ben Kuo on Unsplash comes from the Californian wildfires which earlier this year produced the sort of mental trauma which Australians are now going through. An article in The Guardian is a useful reminder of the extent of the consequences for mental health. It points out that "as many as 40% of those directly affected by climate-enhanced superstorms and fires suffer acute negative mental health effects, some of which become chronic." Thousands of Australians need to be on their guard and to seek psychological help if they experience the sort of symptoms mentioned in the article.

With Federal and State governments in Australia earmarking funding for the recovery of business and property losses arising from these fires, I wonder if anyone here is looking at providing the sort of targeted responses to fire trauma offered by the Northern Sonoma County Health Care Foundation and the Wildfire Mental Health Collaborative. They include free counselling, helpful apps, and something called "trauma-informed yoga", which was developed in Massachusetts in 2016, but seems to be fast catching on in Australia.