Reach for help after a season of trauma 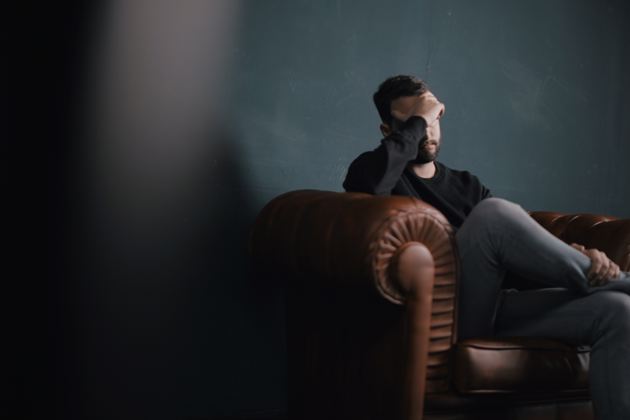 As Australia counts the toll from the bushfires that have seared so much of the country this summer, one insidious consequence is likely to evade our attention. The loss of life, destruction of houses, schools, farm buildings, entire streets of shops and business premises are starkly obvious, but those cultural and economic losses are only one part of the story.

Most of us will completely overlook the effects on mental health, not just on the victims, but on thousands of people, including evacuees and even those whose exposure was second-hand, through conversations, television and radio broadcasts, social media and print publications.

Australian guidelines developed by Phoenix Australia estimate that “up to three quarters of the population are likely to experience at least one traumatic event in their lifetime” -  a number that is likely now to be revised sharply upwards.

And the effects will in many cases be longer-lasting than the physical and financial damage. One study by McFarlane, Clayer and Bookless on the Ash Wednesday bushfire tragedy found that 12 months after the fires, 42% of the victims were defined as a potentially requiring treatment and eight months later, half of them were still defined as mental health cases.

Natural disasters are an obvious cause, but traumatic events can involve physical or sexual assault, accidents, combat, or witnessing death or injury – anything which leaves us questioning our beliefs and assumptions about safety and trust.

Common reactions may include unwanted memories, flashbacks, sudden feelings of panic, and nightmares. These feelings tend to resolve on their own over the following weeks with the support of others. Of course, when selecting your support people, you can help them to help you through being clear with what you need.

Recovery from exposure to traumatic events is gradual and is an active process. When we take action to improve things, we begin to feel less helpless and put ourselves in a position of power. Healing from trauma does not mean you will forget events, but it may mean fewer intrusive thoughts and feelings, and an increased confidence in your ability to cope. Active coping forms part of our normal, habitual response to every-day events and situations, even where there is no crisis. It is a response that can be strengthened.

As a survivor, it is important not to isolate yourself. Make the effort to be with supportive people. You might like to practise some of the different ways to relax, such as deep breathing, meditation exercises, swimming, yoga, walking, mindfulness, listening to quiet music or even spending time in nature. Pleasant recreational activities may help improve your mood and contribute to rebuilding your life.

Although many people benefit from relaxation techniques, some feel that it can initially increase distress, particularly when focusing on physical sensations. Should you experience this, you might like to try mixing relaxation in smaller amounts, with music, walking or other activities.

For trauma survivors, it is useful to learn more about common reactions, and about Post Traumatic Stress Disorder (PTSD). Not everyone who experiences a traumatic event will suffer from PTSD. It is caused by exposure through direct experience; witnessing an event occurring to others in person; learning someone close to you experienced or was threatened by a traumatic event or being repeatedly exposed to graphic details of traumatic events. The most obvious victims are first responders to these events.

Part of taking care of yourself is reaching out for the helping resources around you. If your symptoms do not begin to lessen over time, you might want to consider speaking with your GP or psychologist to gain that extra support.

Photo by Nik Shuliahin on Unsplash

About the author, Natalie-Mai Holmes

Natalie-Mai Holmes is a clinical psychologist who offers therapy for a broad range of issues including trauma, anxiety, interpersonal issues, panic, depression, and life transition and adjustment. Learn more about Natalie-Mai Holmes