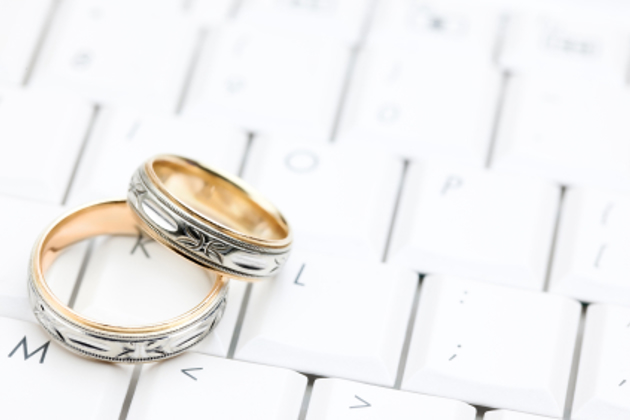 More conservative generations might scoff at online dating and socially-networked romancing as being somehow less than authentic, but according to the Proceedings of the National Academy of Sciences of the US, marriages that begin on the Internet are marginally less likely to result in separation or divorce.

Given that the study indicates more than one third of the people who tied the knot in the US over the past seven years met online, it's encouraging news, although the fine print reveals one potential caveat: the online marriage research, led by loneliness expert Professor John T. Cacioppo, of the University of Chicago's Psychology Department, was funded by the eHarmony online dating service.

If you accept the assurances of independence, the research shows those respondents who remained in these online-initiated marriages were slightly happier than the conventionally met and married category. You can download a PDF copy of the report from the academy site.

What also emerges quite powerfully from the research is that there is a greater prospect of marital happiness for partners who meet online or at schools, social gatherings, at schools, or places of worship than for those who meet at bars or clubs, at work and on blind dates.

The study suggests a few hypotheses for the apparent improvement in outcomes for the online partnering: the greater pool of potential spouses available online might allow individuals to be more selective; the matching algorithms used by online dating services might produce a higher chance of affinity or the fact that other research shows that strangers who first meet online provide more self-disclosure than those in face-to-face encounters could be leading to better relationships.

At Psychology Melbourne we have specialist psychologists who maintain a keen interest in the factors involved in the psychology of online dating who have helped many clients navigate the territory. From time to time we also run classes on online dating.