How to get started

Most of our psychologists work in the Melbourne CBD Clinic, and the rest in different locations across Melbourne. You can find out all about our psychologists – when, where and what issues they work with – on our online booking portal or you can call our reception on 03 96291001.

We recommend that your first step is a Personal Matching appointment. Research shows that the key to successful outcomes is the relationship between client and psychologist. At Psychology Melbourne, we don't leave that to chance. We offer a personal matching session with one of our trained Matching Psychologists who will expertly choose the right psychologist for you and your issues.

Find out about fees, Medicare rebates and other rebates

All our psychologists are registered with Medicare, allowing clients with a referral and a Mental Health Care Plan (MHCP) from their GP to receive a substantial rebate.

Note that you do not require a referral from a GP unless you intend to claim a Medicare rebate.

After hours appointments may also be available.

Find out more about our counselling hours and appointments.

If you are can't get to the clinic, you can use our secure phone and video counselling services. This allows you to get expert, effective psychological help from your home, but also from work or your hotel room when you’re interstate or overseas.

"Anxiety is the attempt to control what cannot be controlled."

What is an eating disorder?

An eating disorder involves an abnormal relationship with food — either eating less or over-eating — with negative effects on one’s physical or mental health. The most common eating disorders are:

Anorexia nervosa is most commonly recognised by fast and unhealthy weight loss. It is characterised by

There are two subtypes of anorexia nervosa: restricting type, where weight loss is attributed to dieting, fasting and/or excessive exercise. And binge-eating/purging type, which involves recurrent self-induced vomiting, or misuse of laxatives, diuretics, or enemas.

Anorexia nervosa is far more common clinically in females than males, and usually begins during adolescence or young adulthood. Many people with anorexia nervosa report also experiencing an anxiety disorder and other disorders such as bipolar, depression or OCD.

Where a sufferer of anorexia will dramatically cut their calorie intake to the point of starvation, bulimia usually involves a cycle of binge-eating and recurrent compensatory behaviour to prevent weight gain, such as self-induced vomiting, or the misuse of laxatives or diuretics.

Bulimia is often associated with obesity and concerns about body weight.

Binge-eating disorder features episodes of binge-eating, similar to bulimia, in a specific timeframe, much more than what is normal or healthy and a sense of lack of control, often when one is not hungry or is uncomfortably full. This is often followed by a sense of disgust, embarrassment or guilt afterward.

However, unlike bulimia, binge-eating disorder is not associated with any extreme compensatory behaviour such as vomiting, fasting or extreme exercise.

Bing-eating disorder has associated health risks, including increased risk for weight gain and development of obesity.

What are some of the signs?

You or someone close to you may have an eating disorder if they:

Causes of an eating disorder

There are many factors that combine to cause an eating disorder. These include:

Creating positive role models for oneself and others with regard to body shape, weight and food can be pivotal in preventing an eating disorder in young people. You can also take action to minimise stress and depression, which can sometimes result in compensatory eating. Identify any possible genetic risk factors for eating disorders and other related illnesses such as depression and obsessive compulsive disorder. Learn about healthy eating behaviours and try to develop positive habits and thoughts around food and exercise.

When to seek professional assistance

Especially in the case of anorexia nervosa, where the person may be dangerously underweight or malnourished, professional help is very important. Anorexia can cause long-term damage to bones and overall growth and can even lead to premature death, having the highest mortality rate of all mental disorders. If someone close to you has the signs of an eating disorder, speak to them and encourage them strongly to seek help.

How Psychology Melbourne can help

Psychology Melbourne has a number of psychologists who specialise in the field of eating disorders, and treatments such as cognitive behavioural therapy (CBT), family therapy and interpersonal psychotherapy (IPT) are all established methods of treatment for anorexia, binge eating disorder and bulimia.

By creating a safe and trusting environment, our experienced psychologists can help acknowledge and change disruptive or dysfunctional thought patterns and behaviour, and promoting healthier relationships with eating. 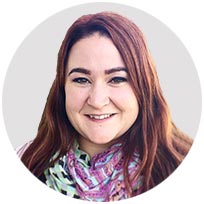 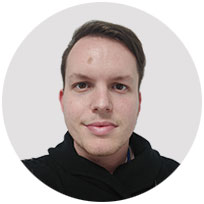 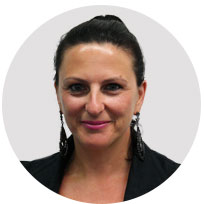